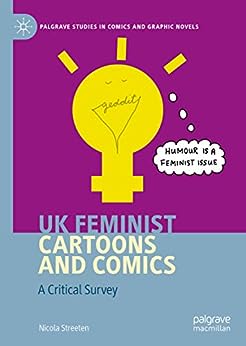 Dr. Nicola Streeten draws, talks, writes about, teaches and organises events to do with comics. Her graphic memoir Billy, Me & You (2011) is about her process of bereavement following the death of her child. Her immersion in the comics community has reinforced her world view that gender equality and social acceptance of difference would improve the world and that comics offers a creative platform to do this. Her doctoral research on feminist cartoons and comics in Britain informed her co-editing of The Inking Woman (2018), an illustrated history of women’s cartooning in Britain. Nicola directs LDComics (est. 2009 as Laydeez do Comics), the women-led comics forum welcoming to all.