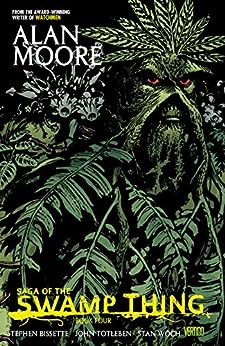 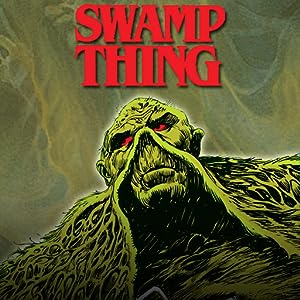 "Perhaps the brainiest and scariest horror narrative of the '80s."—Rolling Stone

"Perhaps the first postmodern comic-book hero . . . unlike anything else in the Western artistic and literary tradition."—Salon --このテキストは、paperback版に関連付けられています。

Alan Moore is perhaps the most acclaimed writer in the graphic story medium, having garnered countless awards for works such as Watchmen, V for Vendetta, Swamp Thing and Miracleman. He is also the mastermind behind the America's Best Comics line, through which he has created (along with many talented illustrators) The League of Extraordinary Gentlemen, Promethea, Tom Strong, Tomorrow Stories and Top Ten. As one of the medium's most important innovators since the early 1980s, Moore has influenced an entire generation of comics creators, and his work continues to inspire an ever-growing audience. --このテキストは、paperback版に関連付けられています。

Ian Williams
5つ星のうち5.0 The saga continues
2011年2月19日に英国でレビュー済み
Amazonで購入
As far as I'm concerned, it's Moore's Swamp Thing which had the biggest impact on comics creators at the time, not Watchmen, not V for Vendetta, and not the little seen Miracleman, brilliant as they all were. Moore's swamp Thing came out of the blue and transformed the conception of what could be done in a commercial comic published by a major publisher. Without Swamp Thing, Moore's impact would be considerably less as it gave him the clout and credibility to enable DC to publish Watchmen and reprint and complete V for Vendetta. This series is a major event in the history of contemporary comics, an impact which is unparalleled by anything that came before. The terrain of commercial comics was changed forever by it.

This volume contains eight issues which culminate the climax and conclusion of Moore's American Gothic series. The climax confounded many readers at the time, despite the constant (and guided by new character John Constantine) foreshadowing of it. Here the ongoing story is the thing with only three standalone issues, one a scathing attack on gun culture, another dealing with a serial killer which was later developed and amplified by Neil Gaiman in The Sandman.

Speaking of whom, he is one of two writers who contribute introductions to the book. And here is where my grouch wakes up and gets ugly. The presentation of this series is not all that it could be and that it deserves. The paper quality is poor, little better, if that, than the paper of the original comic. The introductions were written for earlier paperback reprints of this series back in the late 80's. Something new would have been nice. Also the 8 issues per volume seems a little meager to me.

But don't let that put you off. It is what it is and it's likely to be the definitive presentation of Swamp Thing for some time so get it while you can. Every comics fan should have this series.
続きを読む
17人のお客様がこれが役に立ったと考えています
違反を報告する
レビュー を日本語に翻訳する

Kevin Trebell
5つ星のうち5.0 The story arc that introduced John Constantine
2012年4月19日に英国でレビュー済み
Amazonで購入
Saga of the Swamp Thing Volume 4 continues the collection of the seminal Alan Moore run on swamp thing from the 1980's and includes issues 43-50.

This volume concludes the "American Gothic" story arc that introduced John Constantine, the Hellblazer  Hellblazer: Original Sins . The story tied in with the Crisis on Infinite earth and briefly introduced the "tights brigade" to Swamp Thing as they battle that huge turning point in the Dc Universe but focuses much more on a number of magical characters, including the Phantom Stranger, Deadman, The Spectre amongst others) as they join with Swamp Thing to combat the end of all things.

This series introduced John Constantine, who would go on to feature in his own series (eventually under the Vertigo label) which is still running to this day and is one of my favourite ever series. John is introduced fully formed, with the charm and humour he's still known for and with many of the friends that John would curse in one way or another over the years. I'm not sure if Alan realised quite what a brilliant character he'd introduced there. It says so much for his talent that a character brought in for one arc and then dispensed with is something many writers might go an entire career without creating.

It's another brilliant run of work from Moore, written and characterised with his usual flair. Engrossing and highly recommended.
続きを読む
2人のお客様がこれが役に立ったと考えています
違反を報告する
レビュー を日本語に翻訳する

Mr. J. James
5つ星のうち5.0 It's Alan Moore
2020年1月28日に英国でレビュー済み
Amazonで購入
Saga of the Swamp Thing by Alan Moore is some of the best Swamp Thing story's you can read, there is a hardback version in two part but you can buy the single volumes, there are eight of them, far cheaper.
続きを読む
違反を報告する
レビュー を日本語に翻訳する

MTGWILL
5つ星のうち5.0 Windfall - the best comic book story ever?
2013年8月18日に英国でレビュー済み
Amazonで購入
Have read the other 3 books but this is he best by far. Alan Moore is a genius end of story
続きを読む
違反を報告する
レビュー を日本語に翻訳する