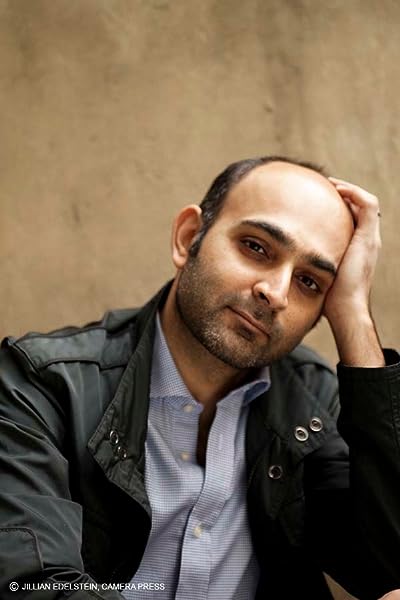 Clever but troubled, Daru loses his job as a banker in Lahore and spirals down into drug addiction and dealing, where he encounters Mumtaz, the wife of a rival and a journalist who also haunts the means streets.
続きを読む
Previous page
Next page
１分以内にKindleで Moth Smoke (English Edition) をお読みいただけます。

BookWorm
5つ星のうち5.0 Extremely well written
2019年2月25日に英国でレビュー済み
Amazonで購入
Moshin Hamid is a very talented author, who writes so well that you suspect he could make a phone directory interesting. I love his writing style, and I'm not usually a fan of 'clever' or 'literary' type works. He writes in a mixture of first and second person, which is interesting, and tell the story of Daru, a young Pakistani man who at the start of the novel has a successful job in a bank and seems pretty content with life. However things spiral throughout the novel, and early on there are indications that he goes on to commit a crime.

A lot of the book is from Daru's perspective, but there are also first person accounts from other important characters, as though narrated to a court or a journalist. Some authors would struggle to pull this off whilst maintaining a good narrative flow, but Hamid manages it well. He creates some fascinating characters along the way, and leaves you wondering about the motives of some of them. He also sketches a portrait of modern Pakistan, and the corruption that affects life there.

The sense of place is strongly evoked, and I felt as though I was in Pakistan whilst I was reading. I can see all the settings from the book in my mind's eye, even though I've never visited the country. I cared about Daru, even though a lot of his behaviour was not laudable. He was a believable character and I did have some sympathy with him, although I also wanted to shake him quite often. The supporting characters are also interesting.

Overall this is a really well written book which is worth reading just for the skill of the storytelling alone, but is also a compelling story and a window into life in modern Pakistan.
続きを読む
2人のお客様がこれが役に立ったと考えています
違反を報告する
レビュー を日本語に翻訳する

Bibliodysseus
5つ星のうち4.0 Compelling
2013年1月26日に英国でレビュー済み
Amazonで購入
Set in modern day Lahore the book opens with Darashikoh Shezad despairing in his prison cell. It soon regresses to the start of his steep decline from prosperous young banker to this sticky end. His narrative is punctuated by contributions – testimonies – from other characters: his partner in crime Murad Badshah; his old friend Aurangzeb; and Aurangzeb’s attractive wife Mumtaz.

Like the moths drawn to his candle flames, Darashikoh circles disaster and makes one unwise choice after another. He is not stupid and knows the potential consequences (ending up as moth smoke), but each incremental step is taken as it offers a slim chance of escape from facing up to his worsening predicament.

The Lahore setting is atmospheric and convincing, against a backdrop of international tension over Pakistan’s first nuclear bomb tests. The internal polarisation of society in to haves and have-nots (of air conditioning) is palpable as Dara moves between the jet set and the shady underclass.

Although increasingly difficult to sympathise with Dara, his story remains compelling throughout, helped by some key late reveals and a couple of twists in the tail.

I am not sure the somewhat strange prologue and placing the reader in the position of the trial judge work particularly well, but neither do they detract from what is a really good read.
続きを読む
7人のお客様がこれが役に立ったと考えています
違反を報告する
レビュー を日本語に翻訳する

Reader 44
5つ星のうち4.0 Engaging
2019年10月3日に英国でレビュー済み
Amazonで購入
A skilful writer, engaging book. I think even better than the reluctant fundamentalist. The shift in narrator is clever. Gives a good insight onto this layer of contemporary Pakistani society which doesn't appear much in fiction.
続きを読む
違反を報告する
レビュー を日本語に翻訳する

Ms. Riane Revah
5つ星のうち5.0 brilliant insight into moder Pakistan life
2013年8月26日に英国でレビュー済み
Amazonで購入
brilliantly written,sad story exposing the corruption, hyposcrisy and greed, as well as the social and class difvisions, in modern Pakistan. A real insight into what life is like, and the constraints people are forced to live under. The story is told from a variety of narrative perspectives, so the reader's sympathis are constantly forced to switch and readjust; Who is telling the truth? What is the truth? Makes one question the nature of certainty, and of life itself.
続きを読む
2人のお客様がこれが役に立ったと考えています
違反を報告する
レビュー を日本語に翻訳する
すべてのレビューを参照します
トップへ戻る
Amazonについて
Amazonでビジネス
Amazonでのお支払い
ヘルプ＆ガイド
日本語ショッピングのための言語を選択します。 日本ショッピングのための国/地域を選択します。
© 1996-2021, Amazon.com, Inc. or its affiliates