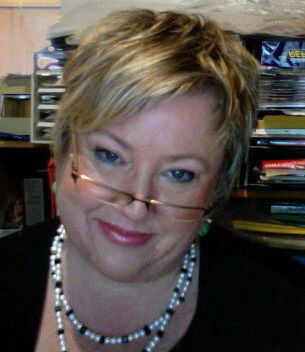 "A voice filled with sweetness and it made it fun listening to." -Book Girl of Mur-y-Castell

Anne Gracie is the award-winning author of the Chance Sister romances, the Merridew series, and the Devil Rider series, along with numerous novellas. In addition to writing, Anne teaches adult literacy. She lives in Australia.

avidreader
5つ星のうち3.0 So disappointing
2018年4月12日に英国でレビュー済み
Amazonで購入
Really a 2 1/2 star rating. I really enjoyed the first of this Marriage of Convenience series, and I said when I read it that it was not an entirely new plot, but told very well. This book is most definitely NOT a new plot, in fact the plotline is rehashed from so many standard plots. Had it not been Anne Gracie, I would have stopped reading and never touched the author again. However, it is Anne Gracie, and I have loved her previous series, particularly the Merridew sisters and the Chance sisters - naturally one likes some stories more than others, but the plots have always had a unique spin. This story was littered with stereotypes - not Lily, who is dyslexic at a time when it wasn't known about and certainly not understood. Nevertheless I felt that she waded through a number of plots where we, the readers, could follow exactly what was going on - but she didn't, which made her appear younger and more naive than I think she merited. There is the tormented war hero, who cannot open up emotionally, nor can he visit his former home [where the other stereotype, the kindly grandfather resides]. It has been done so many times that I knew instantly why he wouldn't go home, and the resolution to that situation was facile and instant. The previous series had eccentric, funny relatives [especially aunts] but in this book the aunts were also stereotypical, and never felt fleshed out.

There were a few humorous passages, but on the whole the story jogged along with a whole lot of standard situations being played out - and the very sudden change of heart of the hero seemed to appear out of nowhere. Sorry, Anne Gracie, we know you can do very much better than this! I have also read good reviews, so it is striking a chord with others, but it isn't for me. I hope this is just a blip - another reviewer said, quite rightly, that the plot was 'lazy'. I have found recently that there are a few authors whose work I have read as auto-buys in the past who I am skipping altogether for this very reason - I know that the number of variations for plots in the Historical Romance genre is not limitless, but there are authors who manage to create something fresh with every book. I am hoping that Rose [who appears to have a problem with men] and George, who is unique, will prove better material for the author.
続きを読む
2人のお客様がこれが役に立ったと考えています
違反を報告
レビュー を日本語に翻訳する

East End Lady
5つ星のうち5.0 An Exciting Read
2018年6月13日に英国でレビュー済み
Amazonで購入
Maybe the story isn't as original as some of her others, but the gusto and energy which the author shows in her writing ameliorates for some of this.
The book has the pace and excitement to sustain the reader's interest from the first page. Although we have seen similar situations before the plot is quite coherent.
I think that the villain and villainess deserved each other, and should have had to serve a life-sentence together, in abject poverty, in some god-forsaken hole in Northern France.
As for the Westminster Cathedral Howler pounced on by English readers with such alacrity I suggest she substitutes the Temple Church, as it is ancient and atmospheric, out of the way for assignations, and near the Thames for dumping bodies. Very old churches are not common in London as most burned down in 1666.
続きを読む
1人のお客様がこれが役に立ったと考えています
違反を報告
レビュー を日本語に翻訳する

Kindle Customer
5つ星のうち2.0 Saddening fall into predictable conventions
2018年4月7日に英国でレビュー済み
Amazonで購入
I was very much saddened by reading this novel, not because of the plot but because the author of the Chance sisters series has descended into the boring old 'hero refuses to fall in love but is constantly in lust with the heroine' and 'hero has dark secret from the war ' devices. The title indicates that the plot will run on tracks, so I should have known better and not expected more from Anne Gracie. In future I won't.
続きを読む
1人のお客様がこれが役に立ったと考えています
違反を報告
レビュー を日本語に翻訳する

P. C. Fenton
5つ星のうち5.0 Unusual heroine - loved it!
2018年4月25日に英国でレビュー済み
Amazonで購入
This is a lovely Regency story with a heroine you empathise with right from the start – I loved the fact that she was dyslexic at a time when most young women seem to have spent their days endlessly reading and writing very long letters! A wonderful hero too – who doesn’t love a rake? – and I have to admit I really liked his grandfather. If you love Regencies you won’t want to miss this one – can’t wait to read the others in the series!
続きを読む
違反を報告
レビュー を日本語に翻訳する

C. Baron
5つ星のうち3.0 Good read, historical howler
2018年4月4日に英国でレビュー済み
Amazonで購入
Enjoyed reading this, appealing heroine and hero but why do writers who know little about Regency England persist in setting their novels there? In 1818 the heroine wants to visit Westminster (Roman Catholic) cathedral, at a time when the law did not allow RC cathedrals or, generally, churches, and the cathedral was built almost 100 years later.
続きを読む
違反を報告
レビュー を日本語に翻訳する
すべてのレビューを参照します
トップへ戻る
Amazonについて
Amazonでビジネス
Amazonでのお支払い
ヘルプ＆ガイド
日本語ショッピングのための言語を選択します。 日本ショッピングのための国/地域を選択します。
© 1996-2020, Amazon.com, Inc. or its affiliates