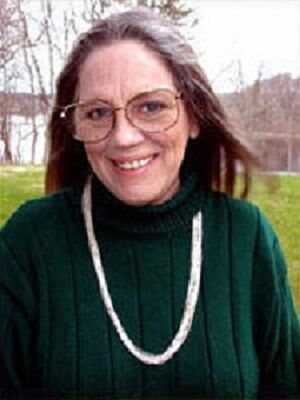 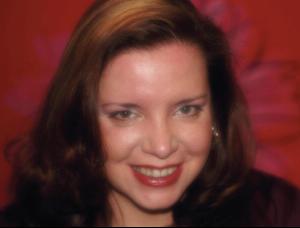 Hannah Howell is the New York Times and USA Today bestselling author of acclaimed historical romances. Howell, twice awarded the Golden Leaf Award, has been a Romance Writers of America RITA Award Finalist, received RT Book Reviews' Career Achievement Award for Historical Storyteller of the Year, and has had her books on Amazon's Top 10 Romances of the Year list. She lives in West Newbury, Massachusetts with her family. Visit her website at hannahhowell.com.

Lynsay Sands is the New York Times bestselling author of the Argeneau vampire series as well as more than fifteen historical novels and anthologies. She lives in Canada.

Kindle Customer
5つ星のうち5.0 loved it
2013年6月10日に英国でレビュー済み
Amazonで購入
i loved the book
it was funny, made me laugth and cry.
will get my mother to read it and try get my friends to read it
one of the books was by one of my favorite authers

sean
5つ星のうち5.0 romance
2013年2月27日に英国でレビュー済み
Amazonで購入
Great book for my wife to read and to keep her happy and she said it was very good book.
続きを読む
違反を報告
レビュー を日本語に翻訳する

Karyn-Anne Brown
5つ星のうち5.0 The MacNaughton and MacAdie vampires are back!
2011年8月28日にアメリカ合衆国でレビュー済み
Amazonで購入
Set in the spring of 1511, cousins Heming MacNaughton and Tearlach MacAdie have been searching for rumors of the hunters out to destroy both of their clans. Following a rather straight line, they have gone from inn to inn, looking for clues as to whom the hunters might be, never realizing they have been carefully followed. After they stop at one inn, they notice quite a few men inside, but no one seems interested in them. After they drink the ale, Heming immediately knows something is wrong and warns his cousin they need to get out of there. They both make it outside before they collapse.

In 'Blood Feud', by Howell, Heming MacNaughton awakens naked and in chains. Hervey Kerr has him imprisoned at Rosscurrach. He is determined to ferret out all of the MacNaughton's secrets, especially those of his blood.

Mistress Brona Kerr has stolen down to the dungeon to see the new prisoner. After asking her questions, she isn't sure what he really is, but she is sure that he isn't a monster. The real monsters are Hervey Kerr and his first Angus. After hiding in one of the secret passages, she overhears a conversation between the two that chills her to the bone. Hervey is going to wed her to Angus after they learn Heming's secrets. Angus is a violent man, and Brona is terrified of him. She decides to free Heming and the other three men imprisoned in the dungeon, but she is too late from saving him from being tortured.

After convincing the other men that Heming is just a different kind of man, they help her. She stows them all away in the hidden chambers beneath the keep. She knows the MacNaughton is dying and asks him what he needs; when he replies that he needs blood, she allows him to take hers. They manage to escape, but Hervey is not far behind before long.

Heming knows that Brona is his mate, and longs for her to come to care for him the way he cares for her. Their interaction is tender and passionate. Saddle up for a wild adventure.

In 'The Capture', by Sands, Tearlach MacAdie awakens naked and in chains. Across from him is a lovely English lass who is also in chains. While they are imprisoned together, they spend a great deal of time talking to one another to make the time pass.

Lady Lucy of Blytheswood was at the same inn as the MacAdie man. She and her brother were supposed to be escorted home by Wymon Carbonnel, whose proposal she had just refused. When the scuffle to secure Tearlach occurs, Wymon uses the opportunity to kill Lucy's brother John. Once back at Blytheswood, Wymon chains Lucy up, and gives her an ultimatum that if not answered satisfactorily, she could end up dead. When she realizes how precarious her position is, she escapes with Tearlach.

The king has to know what Carbonnel has done, and Tearlach knows he has to get Lucy to the palace before Wymon catches up with them, or she is as good as dead. The chase is long and daring, but love blooms between Lucy and Tearlach.
He knows once he gets her to the palace, the king will watch over her, and he will make certain she is installed as the Lady of Blytheswood. She's Tearlach's mate, but can he let her go to be the noble lady she's destined to be?

I congratulate the authors on doing such a terrific job of meshing the two stories together. Howell's stories tend to be a little more passionate, but Sands' are just as romantic. Very highly recommended!