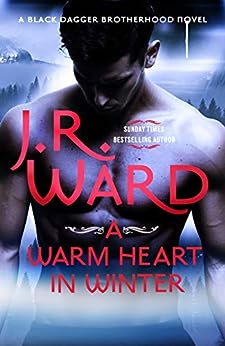 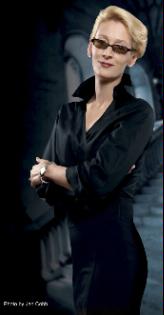 J.R. Ward is the author of more than thirty novels, including those in her #1 New York Times bestselling Black Dagger Brotherhood series. There are more than fifteen million copies of her novels in print worldwide, and they have been published in twenty-six different countries. She lives in the south with her family. --このテキストは、mass_market版に関連付けられています。

Lena platt
5つ星のうち3.0 Could have been a novella!
2020年12月6日に英国でレビュー済み
Amazonで購入
I will be honest i did not know what to expect from this book as the last couple in this series have not been that great.as an avid fan i was hoping this was going to be a winner, and in parts it was.i loved hearing more from Zsadist,a character hardly ever mentioned in the later books, and seeing more from Lassiter.however, the prologue was old material and if i’m honest a lot of the book felt like filler from previous books as well, so in essence i felt like it could have easily been a novella in terms of what was actually new.
Also i dont think Ward is great at gay sex scenes, very repetitive and no LUBE is ever used ouch!i was hoping this would have improved by now! Also i think she also forgot that Qhuinn is colour blind as him referring to colours happens a lot!
If you’re a die hard fan you will want to read this but i cant help but feel let down yet again.my love for the series and characters keeps me buying the books but lately it seems the books are more miss than hit.
続きを読む
10人のお客様がこれが役に立ったと考えています
違反を報告
レビュー を日本語に翻訳する

madmoo 37
5つ星のうち5.0 A definite must read
2020年12月2日に英国でレビュー済み
Amazonで購入
Fans of BDB will know exactly what I mean when I say this.... This book felt like coming home after being away for to long, the warden as usual gave us what need a good dose of vitamin V. The mc's of this book are blay and Qhuinn and,there's everything from snow storms to fights extreme levels of hotness and also heartbreak but out of tragedy comes so much love, I couldn't put this book down can't wait for the next one. Highly recommended
続きを読む
5人のお客様がこれが役に立ったと考えています
違反を報告
レビュー を日本語に翻訳する

Moose Girl
5つ星のうち5.0 Loved it
2020年12月7日に英国でレビュー済み
Amazonで購入
I loved this. I did wonder what was going on with the humans at the beginning, but it did get cleared up later on!

There were lots of things going on here. We had a continuation of Blay and Qhuinn's story. We had drama. And we had sadness. JR Ward really does know how to tug on the heartstrings sometimes. We had all the usual (and beloved) characters. And, of course, we had Lassiter in outfits that could strike you blind from the descriptions alone.

The book was a rollercoaster of emotions that left me feeling all warm and gooey in the end. Priceless.
続きを読む
4人のお客様がこれが役に立ったと考えています
違反を報告
レビュー を日本語に翻訳する

Kindle Customer
5つ星のうち5.0 OMG
2020年12月4日に英国でレビュー済み
Amazonで購入
There should be a law on how many heart attacks you can give a reader! 😱 I swear I thought I was going to have to be revived a few times. A lot of misdirection until the moment of OMG hit me slap in the face!
And don't get me started on the amount of crying I've done 😭 .
I loved having a story of Qhuinn and Blay again. Their love is just so beautiful. I loved how we had Zsadist as the go to guy and as always I loved the moment's of humour that had me laughing hard!I
Another great instalment😊
続きを読む
4人のお客様がこれが役に立ったと考えています
違反を報告
レビュー を日本語に翻訳する

Mary Heron
5つ星のうち5.0 Nobody plays with your emotions like I R Ward.
2020年12月5日に英国でレビュー済み
Amazonで購入
The Black Dagger Brotherhood for all that it is made up of big strong alpha makes who fear nothing ---------well nothing except feelings that is----------- is an emotional rollercoaster. All books have a theme, there is usually some danger, confusion and suffering before a resolution is reached. But oh the males of the Brotherhood. Unlike other series where each member gets their own book and then onto the next there is a continuity to this series. We are often drawn back into existing members lives dismayed to find there is no happily ever after only a happy right now. Because after all that's all life can really offer you ------- right now, no I e truly knows what comes next, unless your name is Lassiter that is. I love that the Author ( to use a phrase from the brothers) keeps it real. Several of the brothers suffer from PTSD though it's not called this, and often react in ways which show that although they have found love and are very happy with their loveds ones, the nightmares still come. This book features most of the brothers and their mates but its main focus is Quhinn and Blay, I didn't even realise that At the end of their book Lover at Last there was no proper mating ceremony. So this book starts off as usual with Quhinn on patrol in downtown Caldwell when happens to get injured Blay goes into panic mode convinced Quhinn is at deaths door. Blay has been having some thoughts about a proper mating , stupid thoughts, like does Quhinn not see them as a long term couple, does he not consider Blay part of his future? . Quhinn is oblivious to Blays feelings as far as he is concerned they ARE mated . Then a damaging storm hits which brings danger to everyone in the mansion and while dealing with the damaging effects of the storm, the situation takes a turn for the worse and it becomes a life and death situation for some, causing Quhinn to undergo an emotionally devastating event. But there are a mansion full of people ready to support him as he finds his way through the pain, Blay being the first in line.
続きを読む
2人のお客様がこれが役に立ったと考えています
違反を報告
レビュー を日本語に翻訳する
すべてのレビューを参照します
トップへ戻る
Amazonについて
Amazonでビジネス
Amazonでのお支払い
ヘルプ＆ガイド
日本語ショッピングのための言語を選択します。 日本ショッピングのための国/地域を選択します。
© 1996-2020, Amazon.com, Inc. or its affiliates