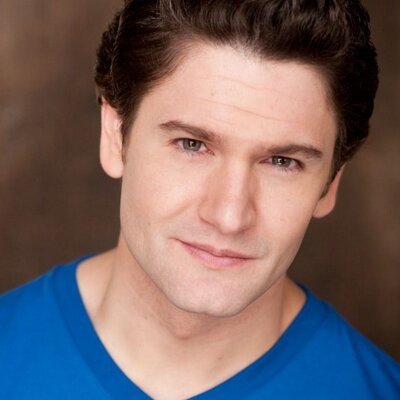 The life story of Gary Gygax, godfather of all fantasy adventure games, has been told only in bits and pieces. Michael Witwer has written a dynamic, dramatized biography of Gygax from his childhood in Lake Geneva, Wisconsin to his untimely death in 2008.

Gygax's magnum opus, Dungeons & Dragons, would explode in popularity throughout the 1970s and '80s and irreversibly alter the world of gaming. D&D is the best-known, best-selling role-playing game of all time, and it boasts an elite class of alumni--Stephen Colbert, Robin Williams, and Junot Diaz all have spoken openly about their experience with the game as teenagers, and some credit it as the workshop where their nascent imaginations were fostered.

Gygax's involvement in the industry lasted long after his dramatic and involuntary departure from D&D's parent company, TSR, and his footprint can be seen in the genre he is largely responsible for creating. But as Witwer shows, perhaps the most compelling facet of his life and work was his unwavering commitment to the power of creativity in the face of myriad sources of adversity, whether cultural, economic, or personal. Through his creation of the role-playing genre, Gygax gave two generations of gamers the tools to invent characters and entire worlds in their minds. Told in narrative-driven and dramatic fashion, Witwer has written an engaging chronicle of the life and legacy of this emperor of the imagination.

"It turns out that while we were down in the basement exploring his world, Gary Gygax was having a tremendous adventure up here in ours. Thanks to Michael Witwer's book, I finally got to experience it." --David X. Cohen, Executive Producer of FUTURAMA

"We live in a time when the most important people in sports are using data--statistics, analytics--to make decisions with billion dollar consequences. We live in a time when digital gaming may be more influential in our culture than sports and movies combined. In short, we live in a world perhaps only Gary Gygax could have imagined decades ago. If you want to know where it all began, this book is as good a place as any to start." --Mike Greenberg, cohost of ESPN's MIKE & MIKE and bestselling author of MY FATHER'S WIVES and ALL YOU COULD ASK FOR

"Empire of Imagination tells the story of the emperor himself, at times brilliant, sometimes tragic, but ultimately victorious." --Peter Adkison, founder and former CEO of Wizards of the Coast, owner of Gen Con

"In vignettes which vividly illustrate Gygax's key role in the invention of modern gaming, Empire of Imagination shows us the rise of Dungeons & Dragons through the eyes of its most famous father. Gygax could not have hoped for a more attentive and sympathetic biographer." --Jon Peterson, author of PLAYING AT THE WORLD

"The work of Michael Witwer is all I could have hoped it would be! . . . If you want to know what it was like back when D&D was being born then this book is a must have." --Ernest Gary Gygax, Jr.

"Witwer's respect for Gygax is evident throughout . . . informative . . . Well-researched." --Kirkus

"Witwer cleverly sorts the narrative into 'levels' rather than chapters; each level opens with a D&D-style scene that both foreshadows and entertains." --Library Journal

"For fans of role-playing games, and D&D specifically, the book is required reading." --Booklist

"[E]ntertaining . . . a fascinating examination of the birth and growing pains of the gaming industry and of Gygax's lasting influence on pop culture." --Publishers Weekly

Empire of Imagination is an absolute blast! The narrative is fast paced, while the depth of research made me feel like I was reliving the life of one of the most creative forces of our time. Witwer had me reaching for my 20 sided dice! --Ben Mezrich, bestselling author of BRINGING DOWN THE HOUSE and ONCE UPON A TIME IN RUSSIA

[A] great achievement, a foundational biography, an important story to tell . . .You don't need to roll a d20 to find out whether you should buy this book. If you even know what I meant when I wrote 'd20, ' the answer is yes. --Bookgasm

Gary Gygax went on a long, treacherous and challenging journey in both his personal and business life and, after reading Michael Witwer's book, I feel as though I've been on a part of that journey, too . . . The book left me feeling warm and yet somewhat sad, but it was definitely a most satisfying read . . . Most highly recommended. --Jonathan Hicks, Farsight Blogger / RPG.net

[I]f you are a gamer, live with a gamer or ever had the urge to understand why gamers, geeks and nerds do what they do, you must read this book. --d20radio.com

If you have any interest in the origination of our hobby, read this book . . . amazingly entertaining and informative. --GeeksandGeeklets

Empire of Imagination: Gary Gygax and the Birth of Dungeons & Dragons is a book no geek or role player of any sort should miss out on. --Metapunk.com

I highly recommend Empire of Imagination to anyone interested in gaming and the creative process. --Chris Perkins, D&D Principal Story Designer at Wizards of the Coast

It's the most comprehensive look at Gygax's early life that I know of . . . Witwer excels at telling this story. --Shannon Appelcline, author of DESIGNERS & DRAGONS

A fitting tribute to a complicated legacy. --Michael J. Tresca, author of THE EVOLUTION OF FANTASY ROLE-PLAYING GAMES

Michael Witwer is a lifelong gamer and gaming enthusiast. He holds degrees from Northwestern University and the University of Chicago, where this book first emerged as the subject of his master's thesis. He is also a film and theater actor and marketing professional, and is the brother of actor Sam Witwer, who originally introduced him to Dungeons & Dragons. He lives in Chicago, Illinois, with his wife and two children.
１分以内にKindleで Empire of Imagination をお読みいただけます。

C Watkins
5つ星のうち4.0 Accessible and easy to digest, a fine work
2017年3月28日に英国でレビュー済み
Amazonで購入
A gentle insight into the life of Gary Gygax and the events around the birth, near death, and rebirth of Dungeons and Dragons, this book takes the form of several brief episodic tales of the key moments in Gary's life. The author takes an accessible story-telling approach to the narrative, rather than a cold factual account, and this makes for an easy read. The only thing preventing a five star review is that the tone slips occasionally into fan-boy mode, meaning the reader is not empowered to determine how important or influential a figure Gary was, but rather subject to some fairly relentless cheerleader, especially toward the end. To be fair though that is a fairly minor downside to an otherwise accessible and interesting read.
続きを読む
2人のお客様がこれが役に立ったと考えています
違反を報告する
レビュー を日本語に翻訳する

Stig Magnusson
5つ星のうち4.0 A nice and entertaining read with some surprising information!
2019年7月9日に英国でレビュー済み
Amazonで購入
Written as a kind of documentarism, told in third person based on articles and interviews with Gary Gygax. In that sense, there is a lot of ficion involved! But it is an easy and entertaining read! Precautions should be taken, because of the authors way of telling the story of Gary Gygax. This is not a book, that you just can quote, if you are doing a paper or an essay on Dungeons and Dragons or Gygax for that matter without keeping a sound or critical distance! However, it offers an onteresting and possible truth about Gary Gygax. Therefore, the book should be supplemented with other efforts available, shuld you need the facts!
続きを読む
1人のお客様がこれが役に立ったと考えています
違反を報告する
レビュー を日本語に翻訳する