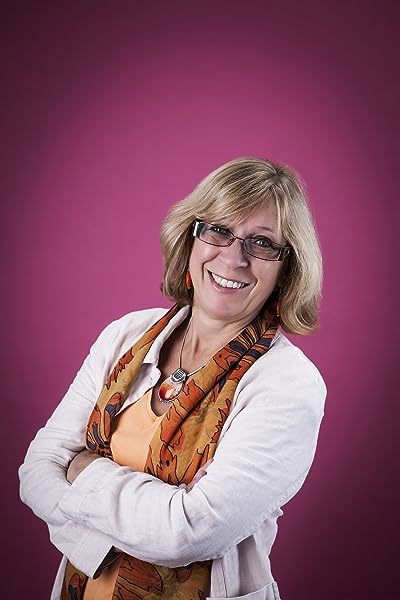 An imperfect proposal... But a perfect match? Major James Rossington, Viscount Austerfield, survived Waterloo - but can he survive the Season as London's most eligible bachelor? Convinced his battle scars make him unlovable, and to escape Society's matchmakers, Ross proposes a wedding in name only to shy, sensible Carenza Bettridge. Liberated from her cruel stepmother and bullying half-sisters, she blossoms into a confident, altogether desirable woman. He promised Carenza a convenient marriage, but inconveniently finds himself wanting more...
続きを読む
Previous page
Next page
１分以内にKindleで Cinderella and the Scarred Viscount (English Edition) をお読みいただけます。

So, before Christmas I was in a bit of a pickle aka reading slump. I (cue Drama Queen moment) was beginning to think I was broken *shudders*.

Nothing was sticking! I wasn’t able to get past a couple of chapters no matter what I tried to read. When, (cue melodramatic dun-dun-dun!) at last, I finally had a lightbulb moment and decided to pick up Sarah Mallory’s new release. Never mind Cinderella, call me Goldilocks, because this book was ‘just right’, and I devoured it over the weekend.

Take one scarred war hero, and now reluctant Viscount, faced with his greatest battle to date: the marriage mart. A marriage of convenience seems the ideal solution, doesn’t it? As they say here in Scotland, “Aye, right!” *snorts* I smell complications!

I adored Ross, suffering both mental and physical scars from war, he finds an unexpected balm in Carenza. *giggles* Well, she might quieten his mind, but she does tend to inflame his *whistles* passions, somewhat… *winks*

Carenza, aka our Cinderella, never expected to marry at all let alone find love. Quiet and unassuming, her ill treatment at the hands of her stepmother and half-sisters had me shaking my fist at my kindle screen in her defence. I felt an affinity with her straight away. You can’t help but love her along with everyone else (stepmonster/half-sisters excepted *boo-hiss*).

Carenza sees to the very heart of Ross and they both blossom together. (I apologise for the flowery phraseology. The emotions caused by the book are to blame… honest!)

Filled with hope, new beginnings, romance, and suspense (my heart was all over the place towards the end! Certain characters were going to get it – my metaphorical horse was saddled and everything!), these two held me rapt to the very end.

All I needed was a little dose of historical romance goodness to restore my reading equilibrium. Thank you, Sarah.
続きを読む
違反を報告する
レビュー を日本語に翻訳する

Frankie 📚🐾🐶💜
5つ星のうち5.0 Gorgeous romance with gallons of heart.
2022年1月15日に英国でレビュー済み
Amazonで購入
My goodness, how much do I love this book? 🥰

That is a rhetorical question, no one could possibly answer it. It has it all, romance, sadness, heartbreak, drama, emotion, laughter, great characters and a beautiful feel-good message of loving yourself and others for who they are and not for what society dictates them to be. A principle we should all live by!

I have read so many Sarah Mallory books, she is easily one of my favourite romance authors (which is probably why my bank balance keeps on receding as it does, I blame the buy with one click button, I have no self-control and rapidly growing Sarah Mallory library). She never fails to pull at the heartstrings and take you on an unexpected and dramatic adventure, this book is no different, In fact, it is easily one of my favourite of all Mallory’s books I’ve read, I loved it!

As to be expected from the rather cliched title (which is my only niggle about the book) this is very much a Cinderella story, Carenza; young, beautiful, exotic, shy, put-upon, abused (emotionally and mentally, rather than physically) loyal and kind Carenza has lived her life being down-trodden by her awful stepmother and two half-sisters – who really are awful, honestly, I was hissing like a cat with every mention of them. She is living more like a servant than a devoted daughter, her father bless him, can see what is happening but because of his failing health and the fact that his wife is a voracious and domineering woman he can never get a word in edgeways. But the cunning t’old lad has plans!! 😉

I really felt for Carenza’s father, he is such a likeable gent but he has unfortunately found himself in the middle of a rock and a hard place, I love that he has figured a way out of said rock and a hard place on the arrival of Ross, the old lad is quite the chess player and he is effortlessly manoeuvring his pieces around the board without them even knowing it.

My heart broke for Ross, his fragile mind is always on the edge of pushing him over, he admits to contemplating doing something silly, Sarah Mallory has written Ross’s PTSD with the utmost sensitivity and realism, there was a certain scene at the end that was uncomfortable and incredibly high traumatic emotion but the subject is handled beautifully in the incredibly skilled hands of Ms Mallory.

I must comment on the cover, I liked how on the Mills and Boon cover you can see Ross’s scars more clearly, it’s a nice touch to the cover if you couldn’t see his visible scar’s then I would have been disappointed as they are so much a part of who Ross is. The Ross on the cover in his appearance isn’t how I picture him in my mind (in my mind I was picturing Sean Bean in his Sharpe Days, uniform and all) but again the art department has given us a beautiful cover. 😍

I could see where the story was headed especially with regards to two specific characters, I knew from the moment they popped up acting all innocent and way too good to be true that they were up to something, but the finale had me open-mouthed, I didn’t expect just how villainous this particular character could be. Unlike Carenza who was begging Ross to let this vile creature live, I was urging him on to rip the sod apart – Ross didn’t listen to me, he listened to the wifey!

This has a brilliant cast of characters, the main characters are wonderfully complex, fragile, vulnerable and each having fallen into their own pit of darkness and loneliness. The secondary characters are just as wonderful, even the villains have an appeal to them – even though they have a very panto-esque quality to them, especially Carenza’s step-mother and sisters, I did feel like shouting ‘they’re behind you!’, and I am so wanting Brisco (Ross’s valet/fellow veteran) to have a story of his own.

Carenza and Ross are perfect together, they both must work hard to gain the others trust and affection and they both have their own trials to face before that much longed for happily ever after, but’s worth every, moment and the result is a perfect partnership of lust, romance and friendship.

Cinderella and the Scarred Viscount is gorgeous!! 😍

It’s a beautiful, heartwarming and glorious romance, full of raw emotion and drama. It’s perfectly which leads the reader to be swept up in the dynamic story. It has a wonderful message of accepting people as they are, of learning to love and be happy in your own skin and treating others with kindness.

An absolute must-read for any who love their historical romance with extra heart and gallons of emotion! ❤
続きを読む
違反を報告する
レビュー を日本語に翻訳する

Bretton Girl
5つ星のうち3.0 Relatively good version of Cinderella ruined by unbelievably naive hero & anachronistic elements!
2021年12月22日に英国でレビュー済み
Amazonで購入
There are so many different phases available to an author which were used in the regency period to reference somebody being silly as an example ninnyhammer mooncalf etc so what does this offer give us she gives us chucklehead! Not only anachronistic but not even British!
There's also the silly insistence that the heroine didn't ride side-saddle because she didn't have a saddle when her father is an aristocrat when the home that she lives in has been the family home for generations when her mother road when her grandmother would have ridden, when any female siblings that her father had would have been provided with saddles! There would have been plenty of spare saddles around apart from the ones that were used by her stepmother and half sisters.
It was an absolute necessity that ladies was Rhodes title in those days even with the extra length of cloth provided in riding habit it was not sufficient to make Lawrence's for the fact that they weren't wearing any underwear except under skirts! Even if you're wearing jeans you notice when the saddle rubs you imagine if it was rubbing against bare flesh! Only an idiot would ride that way and it would be scandalous for her to choose the option of wearing trousers under her dress it would be so scandalous and there's no possible way that she could hide the fact she was riding around the country and not riding side saddle that her stepmother would be furious as it might affect her daughter's chances of marriage and what's more even her loving father would be unhappy to learn of such behaviour! It's a common fault of American authors who have this anti side-saddle thing, that they almost always create heroines who don't ride side saddle or heroines who disparage riding side saddle or only ride side saddle when they absolutely have no choice!
It's like the weird fixation they have with redheaded heroines although in this case the heroin has black hair!
It's not that I dislike the hero or the heroine, at least he's not a rake! However, there's just so many silly annoying plot elements that appear so frequently in these kind of novels that are just completely inaccurate and amount to either ignorance on the part of the author or pandering!.
The villain is pretty obvious even before he actually enters the stage, as it were, and honestly did the alpha not bothered to research anything about the places where she set the story? Devon isn't cold at night all year round! Even when it's the North Devon Coast! It's not called the British Riviera for nothing! The tiniest bit of research could have prevented this error! The tiniest bit of research into the language of the time could have avoided the frequent use of anachronistic terms!
Anyway for the sake of the h&Hs, which I've mentioned I liked, I tried to plough my way through this but now I'm about 50% of the way through I can't take anymore it's just too annoying!
続きを読む
違反を報告する
レビュー を日本語に翻訳する

One Reader
5つ星のうち5.0 Is beauty just in the eye of the beholder?
2021年12月15日に英国でレビュー済み
Amazonで購入
Very much enjoyed this story. Both our protagonists have problems with self-image. Each thinks that they are ugly (for different reasons), because of the behaviour of others towards them. However, the story also shows that beauty is not just in the eyes of the beholder but actually can shine from within to shape how one sees oneself. Self confidence, self-esteem, as well as the love and acceptance of others are so important in one's image of oneself (and how others see you too). One thing that was really admirable about the story's 'Cinderella' is that she is absolutely without self-pity and remains loving, considerate and pragmatic throughout. The main villain is horrible - full of envy, manipulative and cruel. The lesser villains are not much better.
続きを読む
違反を報告する
レビュー を日本語に翻訳する

Louise Cantrel
5つ星のうち5.0 A most enjoyable romance
2021年12月26日に英国でレビュー済み
Amazonで購入
I really enjoyed this novel and particularly how the hero and heroine gain confidence in themselves and learn to trust each other as they fall in love.
続きを読む
違反を報告する
レビュー を日本語に翻訳する
すべてのレビューを参照します